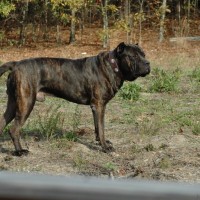 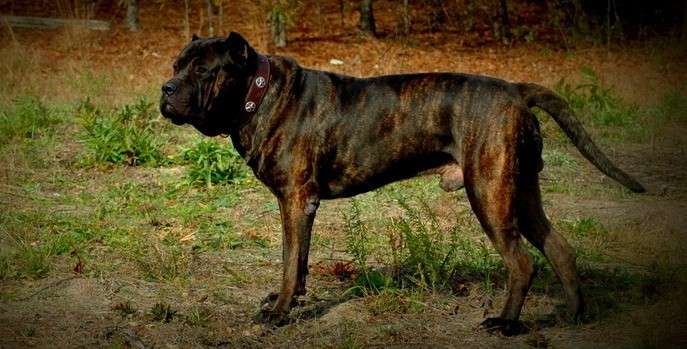 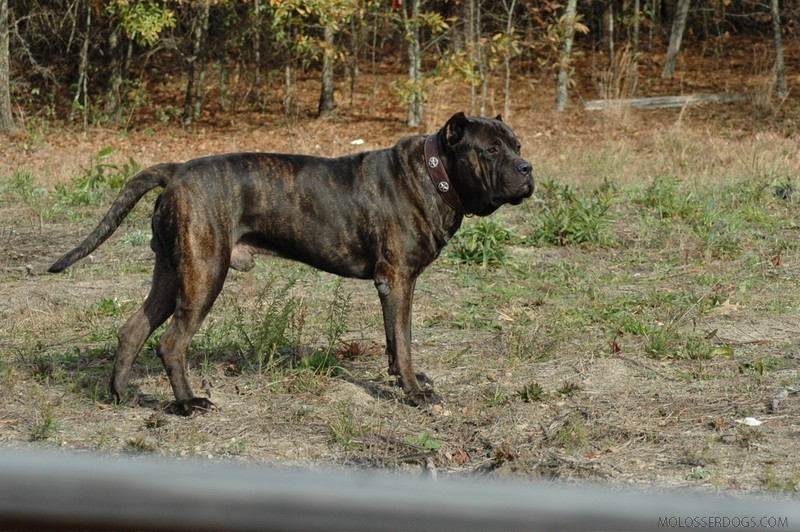 Originally developed by crossing the old European bulldogges, bullterriers, bandogges and mastiffs brought by the Spanish conquerors with the local island dogs, among them the ancient Bardino Majorero, this powerful new breed was used for herding cattle, guarding property and even for exterminating stray cats and dogs.

The old-type Presa Canario was also a valued local fighting dog, but was being regularly defetead when matched against the more tenacious and tireless imported bull-terrier breeds, inspiring numerous new crossings throughout history, intended to constantly improve its pit-fighting qualities. The years that followed WW2 introduced the popular European breeds to the Canary Islands, like the German Shepherd Dog, Rottweilers and Neapolitan Mastiffs, among many others. This resulted in driving the Perro de Presa Canario to near-extinction.

Read the full profile then come back and tell us what you think on this group.

Pippa, had 2 OP’s at both crucial ligamenten, late summer

Gary
Search
Are you sure?
Please, enter a value here