The first mention in Greece of the Indian dog 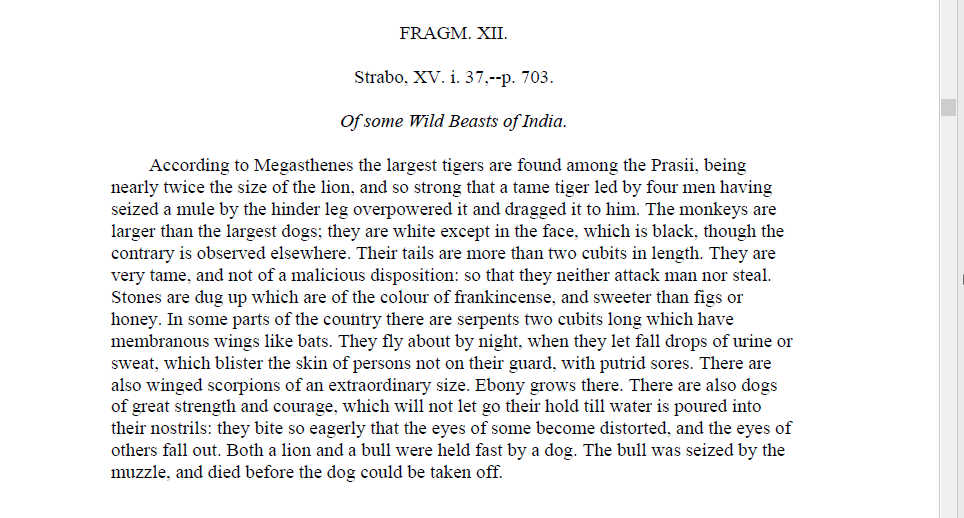