The Tibetan mastiff is famed for its high-altitude prowess, showing a remarkable strength and endurance to 3-mile elevations and even higher. Evolutionary biologists have successfully identified the genes responsible for this adaptation, yet an elusive question remained: Exactly how did they acquire the adaptation?

The answer, found by a Chinese research group led by Zhen Wang and Yixue Li, sheds light on not only the genetic origins of high-altitude elevation, but also a remarkable tale of interbreeding in the adaptation of both dog and modern man .

Their new study demonstrates strong genetic evidence that, when man first settled into the Tibetan plateau, the recently domesticated Tibetan Mastiff interbred with the Tibet gray wolf, and a DNA swap being introduced at two genomic hotspots is the key to acquiring their special high altitude powers.

The recent sequencing of the dog and wolf genomes has been a boon of study to evolutionary biologists.

Now, the Chinese group utilized the genomes for their comparative Tibetan study.

First, they showed that Tibetan Mastiffs are much more closely related with other Chinese dogs rather than gray wolves. Second, they found two unique genomic hotspots, the EPAS1 and HBB loci, that show the significant signals of interbreeding with the Tibet gray wolf and underwent strong positive selection.

And in a spectacular coincidence, it turns out to be the same location, same gene, same mechanism —interbreeding—as in humans.

And as for modern humans? Well, other recent studies (http://www.nature.com/nature/journal/v512/n7513/full/nature13408.html) suggest that Tibetans repeated this interbreeding adaptation—recent evidence shows that they may have also acquired their high-altitude adaptation by interbreeding with an ancient hominid known as the Denisovans. Even in evolutionary biology, history may have a way of repeating itself.

So perhaps it is not surprising after all that “man’s best friend” would adapt in a similar manner. The study adds to the significant evidence generated by scientists of the profound contributions and adaptations that can occur as a result of ancient interbreeding
1 0 0 0 0 0 0
Attachments 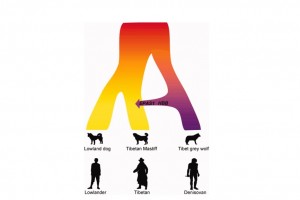 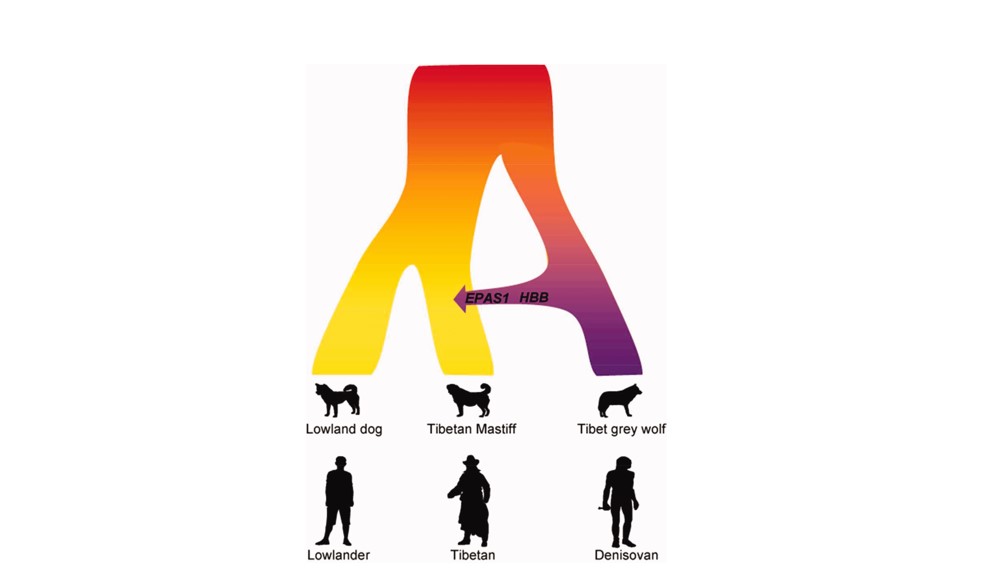