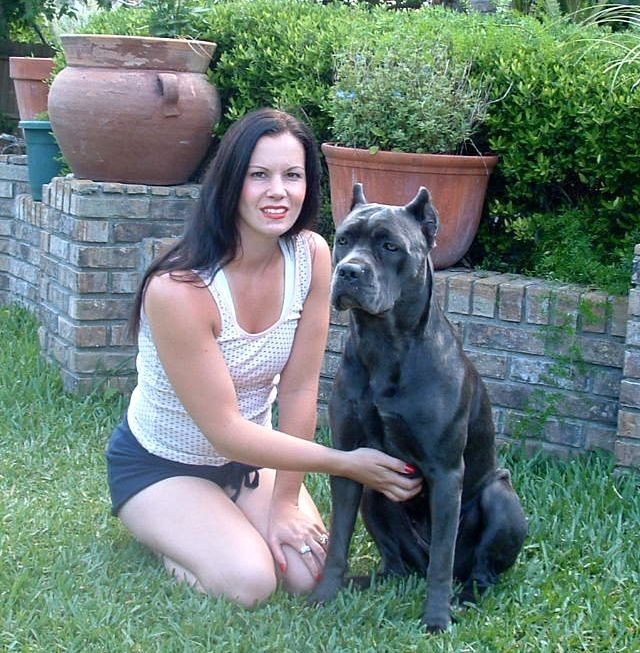 Sometimes referred to as the Sottile Bandog, Italian-American Bulldog or just plainly American Cane Corso, being initially just an American-bred Cane Corso Italiano strain, this breed is today generally disregarded by Italian breeders as unpure, due to the introduction of some fighting breeds to its bloodline, most notably the Presa Canario, Rottweiler, Bandogge, English Mastiff and the Pit Bull Terrier.

Most Sottile Corso Dogs don't even have any Cane Corso blood in them, having been developed by crossing Rottweilers with Neapolitan Mastiffs. It should be noted that while this is NOT the same thing as the Cane Corso Italiano, it is often advertised and sold as such, resulting in an increasingly bad reputation for the legendary Italian breed. This American bully is also very different from the Corso Pugliese from Canada. However, Sottile Bandogs are regularly crossed with Italian Corsi and registered as the same breed, making their distinction quite complicated. The American Corso Dog is primarily a protection and fighting breed, but is also a common companion pet in the United States. Unfortunately, many owners believe that they own an actual Cane Corso Italiano, while in fact their dog is something very different. Unstable temperaments and no true uniformity in appearance, as well as the association with the criminal fighting element, make the American Cane Corso a breed of ill repute among many Molosser enthusiasts. Because of the indiscriminate breedings and the uncertainty of heritage, the American Corso isn't taken seriously, but this stigma unfairly affects the original Italian breed as well. Regardless of true origin, a well-bred Sottile Bulldogge can be an excellent working animal and an amenable companion, even having somewhat of a reputation as a superiour alternative to the modern Cane Corso Italiano in terms of trainability and personal protection abilities. The ears may be cropped and the tail can be docked in the same fashion as the Italian breed.

Many representatives of the American Corso Dog are quite handsome and impressive, but the size and appearance of the breed can vary greatly and the coat is accepted in all colours, including black-n-tan and other bicolours not allowed for the Italian breed. Average height is around 24 inches, but much larger examples exist, some reaching up to 30 inches at the withers.