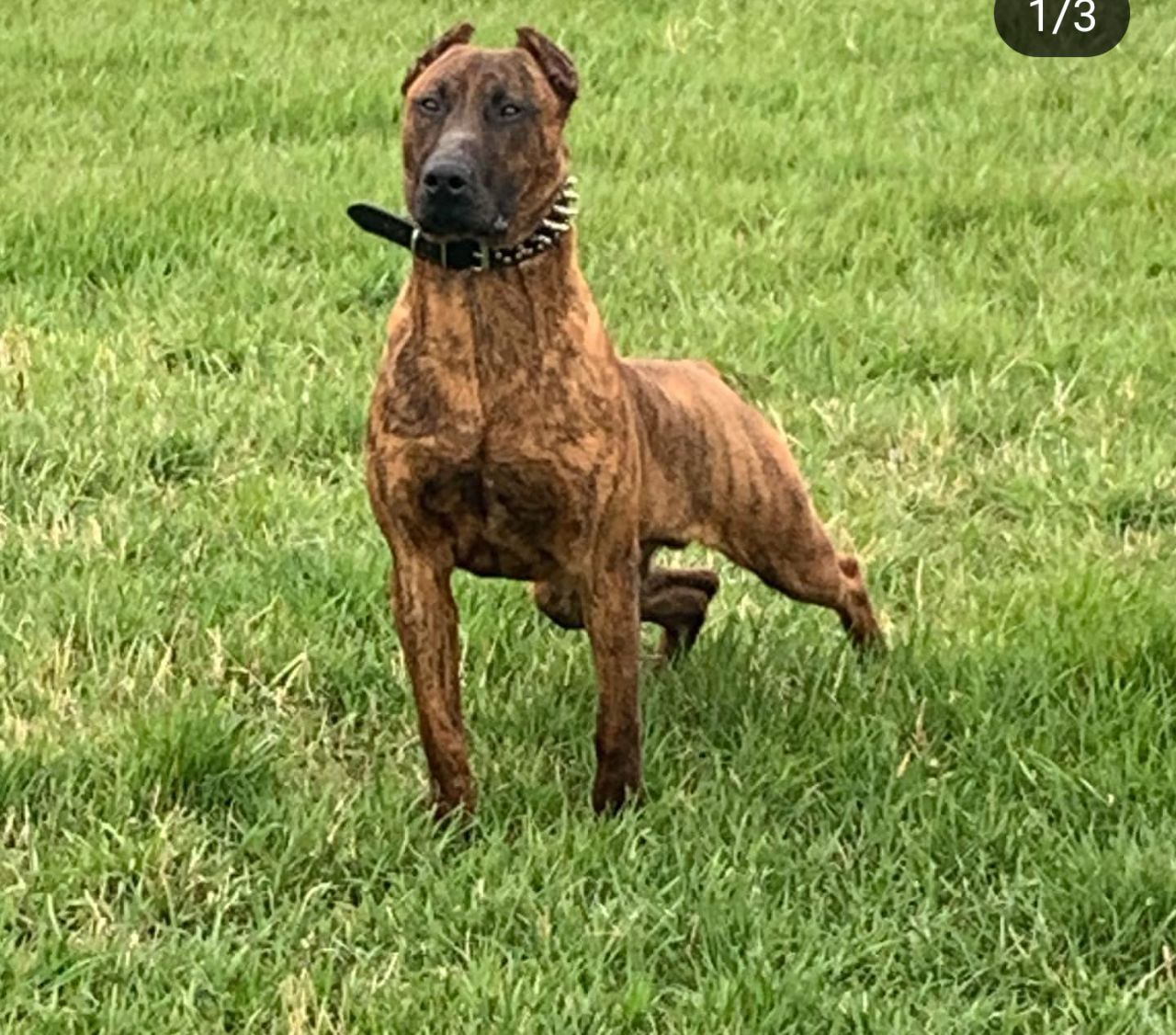 This magnificent protection breed was developed by Dominick Donovan of the New Jersey based Donovan K-9 Training And Breeding Facilities, reportedly from established working dogs such as the Belgian Malinois, Dutch Shepherd, American Pit Bull Terrier, German Shepherd, Japanese Tosa, English Mastiff, American Bulldog, Neapolitan Mastiff, Rottweiler, Bullmastiff, Fila Brasiliero, Akita, Presa Canario, Cane Corso, Bandog and others. Intended to be a superiour working canine in comparison to its parent components, the Donovan Pinscher is a tenacious and energetic service dog, combining high prey-drive and gameness of its bully heritage with the intelligence and trainabilty of traditional herding and guarding breeds. This powerful worker is an excellent property guardian, but due to its highly protective and territorial nature, as well as somewhat unfriendly attitude towards strange dogs, the Donovan Pinscher is best suited for experienced and responsible owners.

Like most working dogs, when trained and handled properly, this mighty Molosser could make an amenable family companion, but the Donovan Pinscher is a very serious and driven breed and there aren't many specimens found as pets, if any at all. The Donovan Pinscher is an ideal candidate for competing in sports such as Schutzhund, Agility, French Ring, KNPV and so on, but this breed seems destined to become the next favorite "Super Dog" of Police Departments worldwide. Strong, muscular and athletic, the Donovan Pinscher is bred to a fairly consistent type and the future will surely bring proper standardization and possible recognition for the breed. Most working specimens have their ears and tails cropped.

The coat is short, dense and flat, commonly seen in shades of fawn, tan and brindle. Average height is around 24 inches.