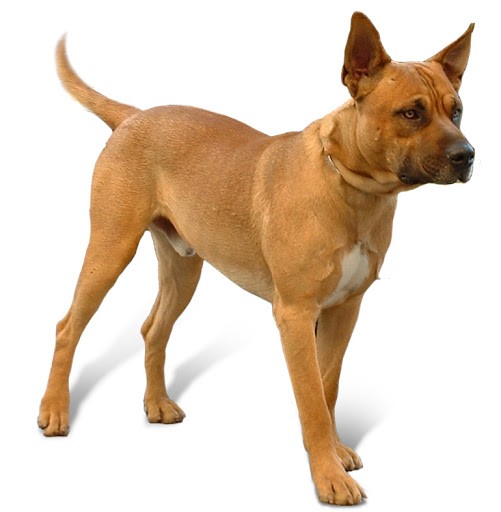 This breed was developed by Luigi Langella in mid 1980's, using a strict breeding programme based on bio-mechanics and genetic research. The breeds used to create this impressive working dog were the English Bullterrier, Staffordshire Bull Terrier, Dogo Argentino, Neapolitan Mastiff and the German Shepherd. Alongside the Italian Pardog, he also developed the more famous Australian Pardogge, which is often considered to be the same breed by some. However, the Australian Pardog also has Dingo blood in it and was created for different purposes. Reportedly healthy, powerful and resilient, the hard working Italian Pardog might see an increase in popularity in years to come. The appearance standards are still under-developed, due to a variety of types existing, but most examples are muscular, well-boned and athletic. The head is broad, with cropped ears, strong jaws and a powerful muzzle. Although leaner specimens exist, the majority of Italian Pardogs have a straight back, broad shoulders and a deep chest.

The coat is short and flat, coming in a variety of colours, with the preferred shades being fawn and brindle. Average height is around 22 inches.