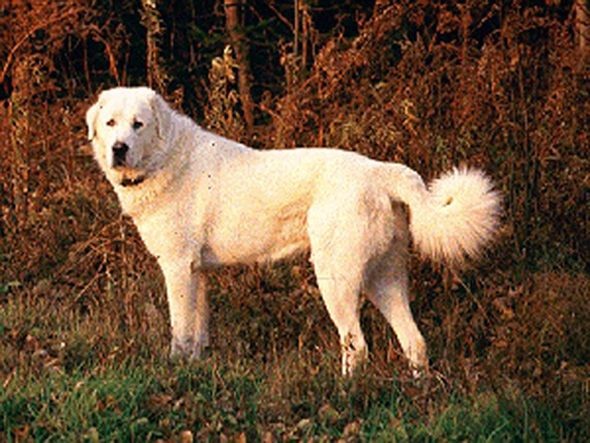 This is truly an ancient breed, considered by some to be of pre-Molossian origin. There is a strong possibility that it has roots in the Armenian Gampr and Turkmen Alabai stock, brought to the area of modern Turkey by the nomadic Yoruk tribes. This long-legged and highly intelligent Ankara shepherd is almost certainly one of the main ancestors of all white breeds, which can be found throughout Europe.

Although quite different than the Turkish Kangal and Kurdish Gammal dogs, it is often lumped with them into a single breed, the western creation known as the Anatolian Shepherd Dog. Akbash is mistakenly considered by some to be just a non-Karabash version of the Anatolian Shepherd Dog, due to its name, meaning "White Head". But there are some obvious physical differences between these breeds. In reality, the closest relative of the Akbash is the ancient Yoruk Shepherd Dog, from which it is directly descended. Traditionally a valued white variant of the Yuruk Kopegi, the Akbash became very popular in America, where it gained separate recognition. There are not many of these dogs left in Turkey today and most Akbash breeders are actually in the United States.

Taller than the Anatolian Shepherd Dog, but not as tall or mastiffy as the Kangal, the Akbash usually has a noticeably thicker coat and a leaner body. This breed is a bit more massive compared to the Anatolian Coban Kopegi, but equally fast and agile. Its main role is that of a flock protector and not a herder, although it handles herding duties quite well.

A popular dog all around the globe, the Akbash is capable of chasing down, confronting and even killing a number of predators like the coyotes, wolves, bears, and even cheetahs and cougars. Compared to some other Molossers, this is a fairly stubborn breed which needs lots of obedience training through firm handling and proper socializing from the start. It does make a lovely companion, owing it to an immense natural devotion to its owner and family. Deep-chested, muscular and lean, this is a strong and resilient mastiff. In its native Turkey, the Akbash can be oftentimes seen with cropped ears, but the majority of these dogs worldwide are left unaltered.

The average height is 30 inches.