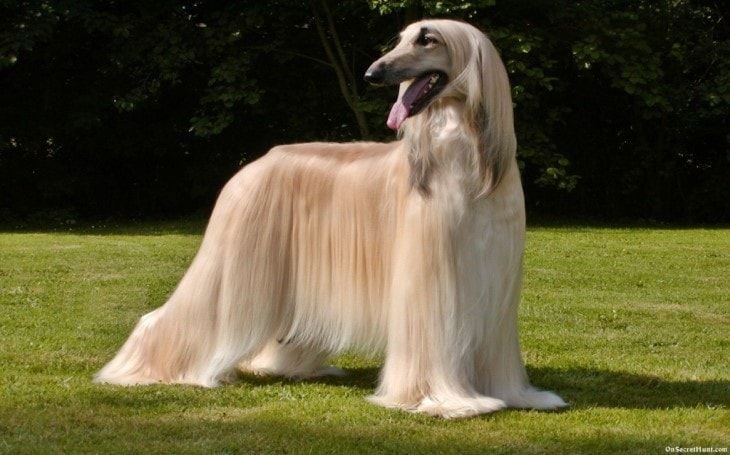 The origins of this breed can be traced to ancient crosses between the Afghan Sage Kooche dogs and various Russian and Persian sighthounds. A variety of working types existed, but two main variants were established early on. These were the thick-bodied, longhaired Mountain type and the thinner, taller, shorthaired Desert type, which was also much faster. These two varieties were crossed to create the Aboriginal type, which can still be found today. Capable livestock protectors and herders, the Sage Baluchi dogs also excelled as hunters of wolves, jackals, leopards, gazelles and foxes. As the nomadic tribes moved westward, their dogs came into contact with other hunting breeds. Introduction of European sighthounds into its bloodline helped create the early incarnation of the modern Afghan Hound.

Brought to England by British officers in the late 1800's, the attractive and agile Balkh Hounds became popular show dogs and entered the world of lure-coursing. The First World War nearly wiped out the entire Afghan Hound population in Europe, but two important bloodlines were developed and created the foundation for the modern incarnation of the breed. Alongside the Bell-Murray and the Ghazni strains, there was also a regular infusion of Indian, Pakistani and Afghanistani blood. Most Afghans of Europe and America trace their heritage to these breeding programmes. The modern Afghan Hound breed was once again established in the West and its popularity has been fairly consistent ever since.

This is an aloof breed, fairly stubborn and undemonstrative, but it can make a good companion pet if socialized properly. Loving and gentle with its owners, the Afghan Hound can be reserved around strangers. The body is well-muscled and powerful, needing regular exercise.

The long coat is fairly soft and it requires a lot of care. Most common colouring is uniform fawn, but cream, gold, red, grey, blue, white, black-n-tan, bicoloured and tricoloured dogs can be found as well. Average height is around 27 inches.