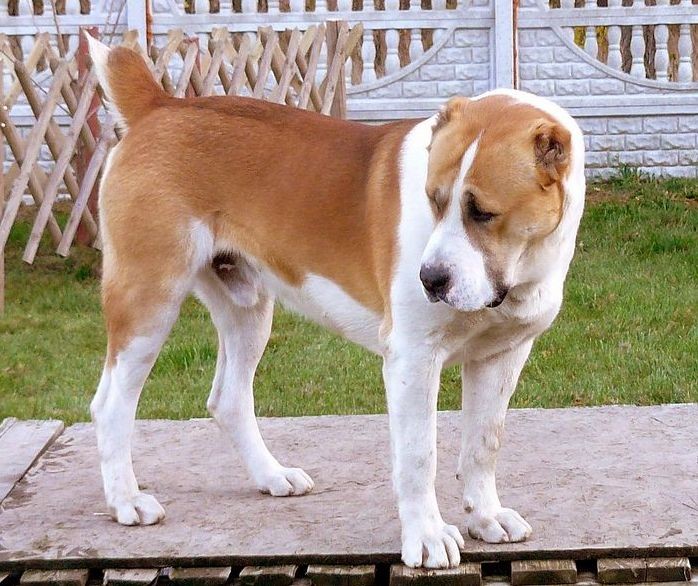 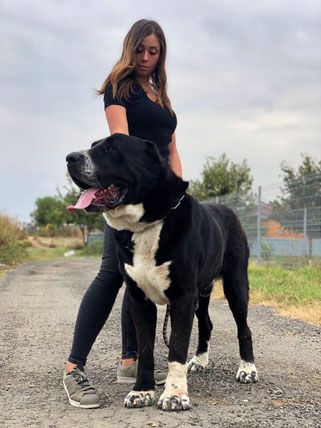 "Asian" - Central Asian Shepherd
The Central Asian Shepherd was formed 4,000 years ago as a guard and shepherd breed of dog. Dogs were used to guard flocks of sheep from wolves and other predators, and to defend caravans from attack. Until the 20th century, the race served its purpose.
This ancient breed got its name several decades ago. Previously, the breed was known as the "Turkmen Shepherd". The name "Central Asian Shepherd" was first encountered in 1935, and the famous Russian cynologist AP Mazover draws attention to the fact that the name "Turkmen Shepherd" is not appropriate. However, the name "Central Asian Shepherd" is not the most successful, because the term "Central Asia" (translated - Central Asia) exists only in the Russian language, and the name "Shepherd" does not correspond to the essence of the breed. It is not a dog that runs after the herd and gathers it, it is a dog - a keeper of the herd, a defender against wolves and other predators.
The geographical region of the formation of the race is the territory of the Asian continent from the Caspian Sea in the west to the modern border of Russia with China in the east, south of the Ural Mountains. The ancient name of that region is Turan, later - Turkestan, even later - Central Asia ("Central Asia" in Russian terminology). The Central Asian region is vast, including Turkmenistan, Uzbekistan, Tajikistan, Kazakhstan, Kyrgyzstan, the Caspian and Altai steppes. In addition, specimens of this breed are found in Iran, northern Pakistan, India, Afghanistan.
The Central Asian Shepherd is a typical breed of "folk selection" - a breed created by the people. Each race of national selection consists of several populations of different exterior and temperament. All these populations were formed for centuries with fierce natural and folk selection - the removal of undesirable individuals by man, with very difficult and harsh natural conditions, in which only the best and most adapted representatives of the race survived. Over the centuries, all of these populations have never been completely isolated. That is why it is not justified now to "artificially" separate the populations by republics and it is impossible to talk about some Uzbek, Tajik, Turkmen dogs. Central Asia is the only historical boiler, where a hundred years - not time, and a hundred kilometers - is not distance.
The natural distribution area of ​​the Central Asian sheepdog is very wide. The breed is very functional, but externally it is not uniform - the various natural conditions of Central Asia have caused the inequality of types within this race. It is traditionally considered that the best population is in the territory of Turkmenistan. Turkmen call these dogs "alabai" ("ala" - colorful, "bai" - rich). The best Turkmen dogs are of a strong and rough type of constitution with short or medium length thick and coarse hair.
A large number of these dogs are also found in Tajikistan, where in the hilly areas of the Pamirs dogs have a slightly more lymphatic build, wrinkled skin and longer coat. There are also lighter built dogs in the steppes.
Livestock is widely developed in Uzbekistan, and a large enough number of Central Asian sheep are used to keep sheep. In the south and southwest of Uzbekistan, most dogs are similar to Turkmen, not even different from them. To the north, where livestock is not so developed, the number of dogs is declining.
In Kazakhstan and Kyrgyzstan, the population is not homogeneous and is generally less typical. In the south of Kazakhstan there are SAOs of satisfactory quality, but in the north they mix with domestic dogs and get a greyhound appearance. In Kyrgyzstan, the best dogs are found in the southwestern regions. In the territory of Kyrgyzstan and Kazakhstan, there is a large amount of crossbreeds, obtained by crossing with local dogs.
In principle, each of these populations could give rise to an independent breed, but we already have such examples in the history of cynology (say, Belgian Shepherds). The SAO race once had such an opportunity, but for various reasons it did not happen. Bringing that moment back is already impossible. Dogs from all regions of Central Asia participated in the formation of today's Central Asian Shepherd. That process continues today. And when someone tries to propagate only Asians from the "mountains of Tajikistan" or "alabai from the sands of Turkmenistan" as the most desirable in the race - it is most often an advertisement addressed to naive customers. It is now impossible to single out a unique type of Asian and promote it as such. That is why this breed is interesting, because it is still not molded and limited by a solid framework of standards.
The fate of the breed in places of traditional breeding and centers of cultural selection is very different.
The region of Central Asia is incredibly diverse in terms of climate and relief conditions: sandy deserts, rocky deserts, semi-deserts… Reliefs change on small areas, or stretch for hundreds of kilometers. There is a lack of water everywhere. The climate is continental, the winters are very cold and the summers are incredibly hot. For example, in Kazakhstan in winter - 30 degrees C is a normal occurrence, and in summer with 45-50 degrees it is a common thing. Central Asian shepherds have lived and worked in such conditions for many hundreds of years. They are adaptable to sudden changes in weather, they can withstand frost and heat very well.