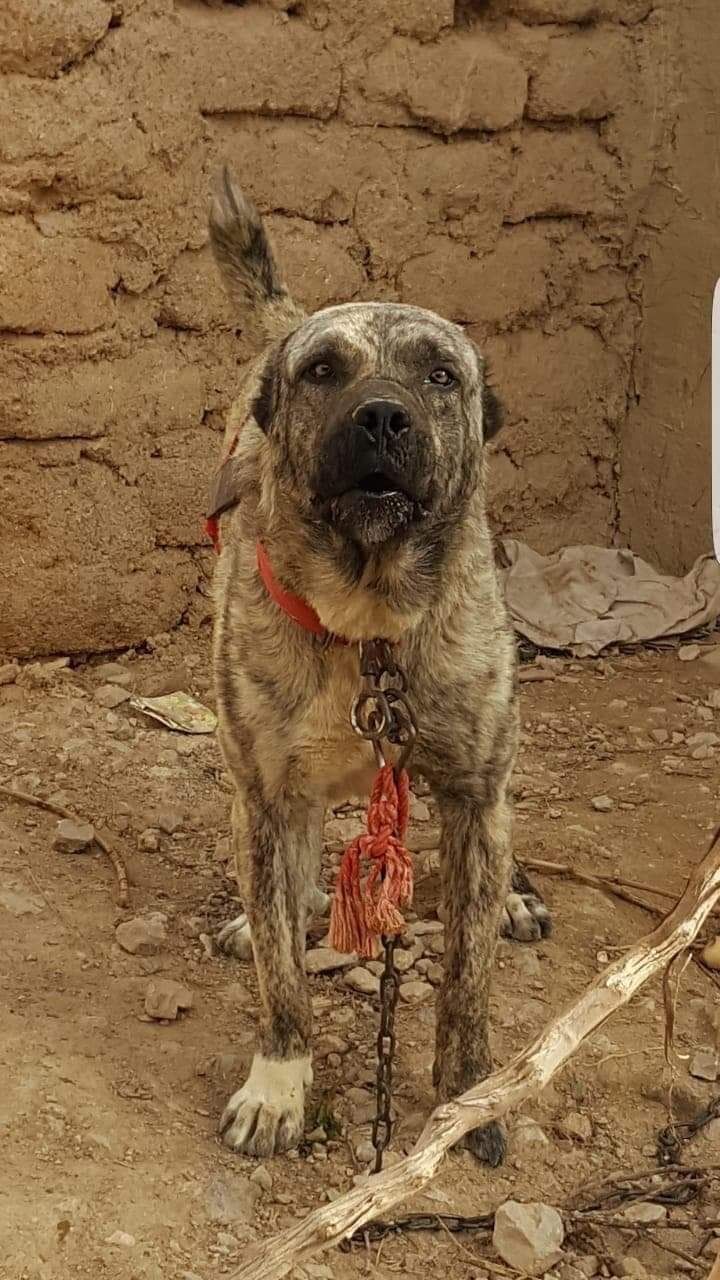 This ancient Sage Koochee is the Djence Palangi steppe type. Smaller than the mountain type and larger than the desert type, the Afghan Tiger Dog looks like a cross between the two, although some think that this is the oldest variety of the Afghan dogs, from which the others developed. A tireless big game hunter, it is a valued tiger dog, but it's most commonly employed as a dedicated caravan protector. The Djence Palangi is the most aggressive of the Sage Koochee dogs and is also the most popular fighter among them, often seen battling other dogs in the large open field tournaments in Afghanistan.

Like its other two cousins, this old Moloss is also often incorrectly classified as a type of the Central Asian Shepherd breed, even though it is thousands of years older than the recent Russian creation. However, due to the Soviet presence, some Caucasian Ovcharka influence can still be observed in all Sage Kooche varieties, with such specimens having longer coats and a higher ear set than the pure Afghanistani dogs. Another popular outcross has been the Bully Kutta of Pakistan, most notably in the fighting bloodlines of the Djence Palangi.

Slender, independent and magnificently self-sufficient Molosser, the Afghan Tiger Dog is a very stubborn breed, appearing somewhat lethargic when not working, but it is a very fast runner when needed. Well-boned and muscular, the Djence Palangi is a strong and powerful mastiff, prized for its resilience and stamina. Its broad head is substantial and can be described as balanced between the molossoid and lupoid types, with the body being quite powerful and closer to the mountain variant. The stop is slight, the muzzle is moderately long and wide, with the cheek muscles being well-developed. The ears are often cropped and the tail is usually docked. The coat type falls somewhere between the short and medium-length variety, depending on the season. Due to matings with the imported Bully Kutta, some modern examples can be seen having very short coats.

All colours are accepted, with the majority of dogs being white-based with darker patches. The average height is around 32 inches.