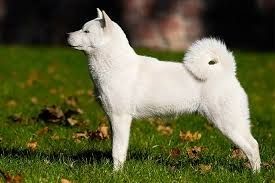 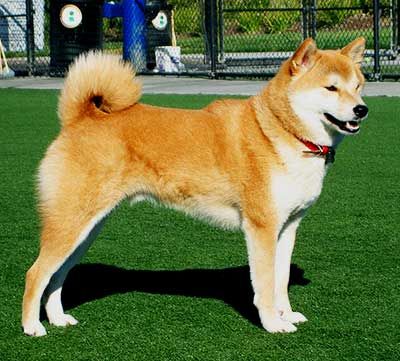 This is one of the medium-sized spitz-type dogs that are indigenous to Japan, others being the Kai, the Kishu and the Shikoku. It has smaller ears than the other breeds, a broader face and a fierce expression. In the field it is ferocious, brave and fearless, even when faced with a large bear, but in the home it is obedient and friendly.

Apart from its main duty of hunting, it also has a secondary role as a village guardian. Thousands of years ago, a strange, white, hairy-bodied race, the Ainu, arrived on the islands we now call Japan and settled there. They brought with them a northern type of dog and colonized all four of the main islands. Much later, the Yamato people arrived and, little by little, pushed the Ainu hunter-gatherers out. Their tribes survived only on the northern island of Hokkaido, where they managed to cling on, although their numbers grew ever smaller. (Today there are only a few hundred full-blooded Ainu left.) 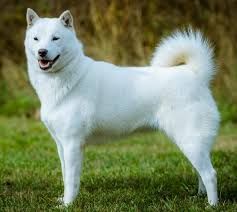 From its earliest times they had hunting dogs with them and, on Hokkaido, these animals adapted to the rugged, often freezing conditions and developed into the tough, thick-coated breed which today we call either the Ainu or the Hokkaido Ainu was its original name, but the Japanese government formally changed this to Hokkaido in 1937, when it declared the breed a Natural Monument and instituted a special protection program for it.

Most canine authorities, however, have ignored this official change of title and still insist on calling the dog by its earlier, better known, traditional name.