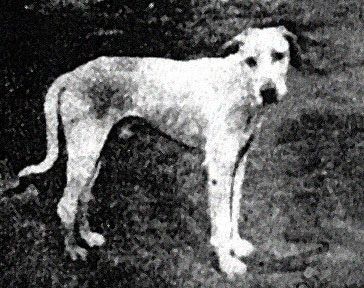 The Alangu Hound is an ancient hunting dog from Tiruchi in southern India, related to other scenthound and sighthound breeds native to the region. Although sometimes used as a watchdog, this breed is mostly employed in packs to hunt boars, as well as smaller game. It is sometimes confused with its more powerful relative, the Sindh Hound, also known as the Alangu Mastiff, which was developed by crossing the Alangu Hound with the Sindh Mastiff for hunting, guarding and fighting purposes.

The Alangu is a lean, tall and rugged dog, prized for its speed, stamina and resilience. The body is muscular, with a reasonably long back and long legs. The head is round and fairly narrow, with erect ears.

The short coat comes in two varieties, these being the smooth and rough types, both of which can be seen in fawn, red, brown and black shades, usually with a white chest and feet. Average height is around 29 inches, with taller dogs preferred.