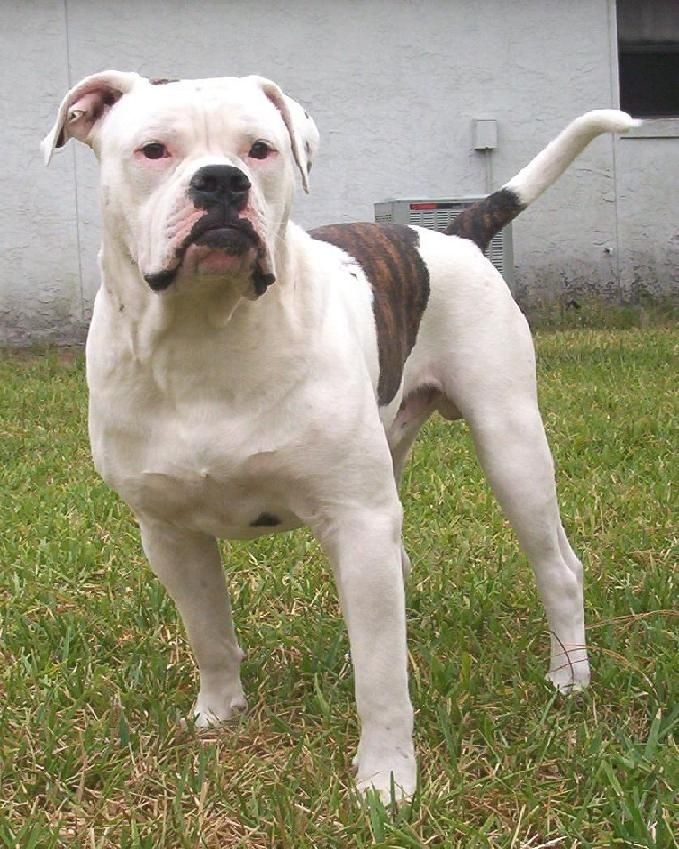 Originating in Southern Georgia, this American watchdog has supposedly been bred by the Lane family for three generations, starting in the late 1800's with Buck Lane and his plantation dog, Otto. It should be noted that Buck Lane\'s role as a sole founder of the breed is disputed at times, since other breeders have reportedly also played a part in establishing the strain. Named after the Alapaha river, this breed is advertised as being descended from original English bull-baiting dogs, but because of the limited genetic pool and poor health due to generations of inbreeding, the Alapaha Bulldog has been enriched with the blood of other breeds too, mostly other types of American Bulldogs, especially in recent years.

An excellent guardian, the Alapaha Blue Blood Bulldog is also a devoted companion. Used as a cattle herder, as well as a boar hunting dog in the past, today\'s Otto is bred solely for protection duties and family life. This is a muscular dog, with a broad head, relatively short muzzle, wide chest and strong bones. The ears are left unaltered and the tail is never docked. The short coat is stiff and dense, usually white with large patches of black, brown, brindle, gray and blue shades. Average height is around 23 inches.