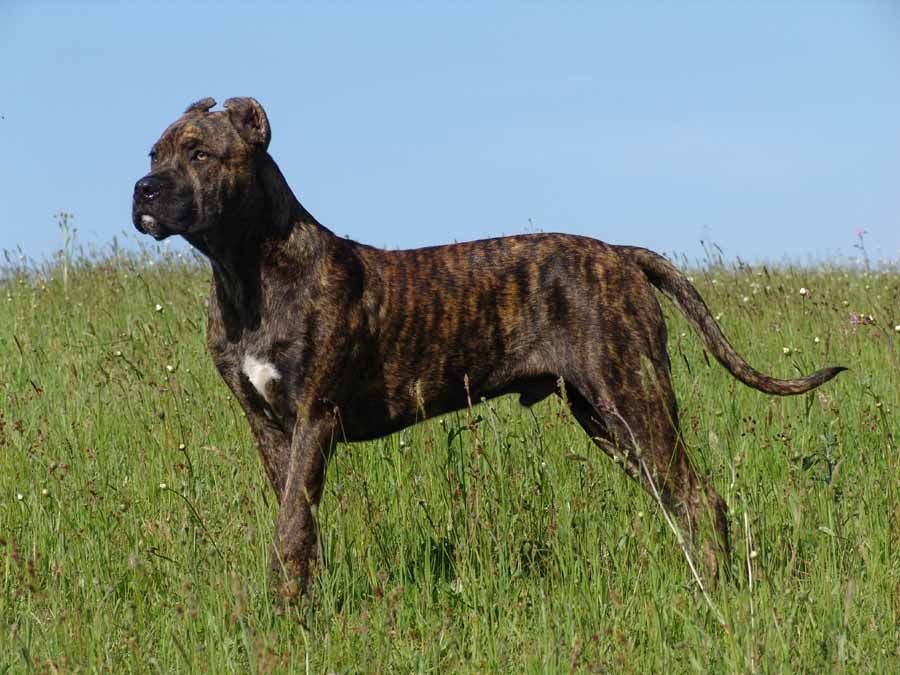 The legendary Alaunt is one of the most important Molosser breeds in history, but also one of the most misunderstood and misrepresented ones in literature. While there are numerous theories concerning its origin, we need to keep in mind that these ideas were imagined in the West and are simply writings of authors that have been perpetuating myths based on assumptions and unreliable accounts for centuries, the effects of which can be felt to this day. In reality, the original Alaunt looked much more like a Central Asian Ovcharka or the Armenian Gampr than the Alano Espanol or the Great Dane. A number of modern breeds are considered to be either the same thing or the direct descendants of the Alan Dogge, but in order to understand the true origin of this great dog, we need to trace it back to the its Caucasian and Central Asian roots and the people responsible for its creation and introduction to the western world.

The Alaunt was bred and formed by the Alani tribes, the Kavkaz nomads of Sarmatian Indo-Iranian ancestry, which were known as superb warriors, herdsmen and breeders of horses and dogs. The Alans bred their dogs for work and had developed different strains within the breed for specific duties. The Alaunt's primary ancestors are the dogs of the Caucasus and Central Asia, namely the original Sarmatian Mastiff, the Armenian Gampr and the mighty Alabai of Turkmenistan, but also the shorthaired hounds and wardogs of ancient India and Persia, such as the progenitors of the Bully Kutta and the Assyrian Mastiff. The large, massive guard dogs weren't that much different than the typical Eastern mountain dogs, while the hunting variety was leaner and had a smoother and shorter coat.

When the Huns conquered the Alani tribes, the nation was separated in the 370's into the Eastern and Western Alans. The Eastern Alani tribes merged with the Albanians, Ossetians, Serbs and other nations, introducing their dogs into the bloodlines of many Balkan breeds, such as the progenitors of the Illyrian Mountain Dog, Metchkar, Qen Ghedje, Molossos tis Epirou, Sylvan, Sarplaninec and other indigenous Molossers of the region. Some believe that the white-coloured Alaunts were the direct ancestors of Greek and Albanian breeds, which in turn influenced all other white dogs in the Balkans, but the colouring could've very well been an influence of some Indian boarhounds as well. The Western Alans joined the Vandals on their raids through Europe and by the 410's, their fierce dogs were influencing many breeds in Italy, France, Spain, Portugal, England and other countries, spreading the use of the Alaunt name, which became synonymous with the type of a working dog, rather than a specific breed or bloodline. Through crossings with various scenthounds and sighthounds, the Alan Dogge became a valued large game hunting dog, existing in a variety of types, dictated by regional preferences. In France, their Alaunts were separated into three main categories, based on physical appearance and the duties they performed. The lightest type was the Alaunt Gentil, a greyhound-like dog, which eventually, alongside the bloodhound-esque Alaunt Veantre, became assimilated into the local hunting breeds. The heavier mastiff variety, known as the Alaunt de Boucherie, was crucial is the development of the fighting and baiting dogs of France. The same thing happened in other countries, such as England, Italy and Spain, where the Alaunts gave birth to their mastiffs and bulldogges, which in return influenced nearly every European guarding, baiting and fighting breed, from Bullenbeissers, Boxers and Deutsche Dogges to the Irish and, eventually early American bulldogs and bull-n-terriers.

Even though extinct, the Alaunt lives on in some of the breeds it helped create and the legends of its own greatness, which served as an inspiration to the developers of such breeds as the Plummer Alaunt, Great Lakes Bulldogge, Ambullneo Mastiff, American Alaunt and other bandogges, as well as the breeders of the Great Dane, English Mastiff, Dogue de Bordeaux, Alano Espanol, Dogo Argentino, Presa Canario, American Bulldog, Ca de Bou, American Pit Bull Terrier and many others. While its origins are strongly rooted in the ancient working mountain dogs of the East, the Alaunt is mostly remembered as a legendary bullenbeisser and will forever be regarded as the progenitor of, if not THE original bulldogge breed.