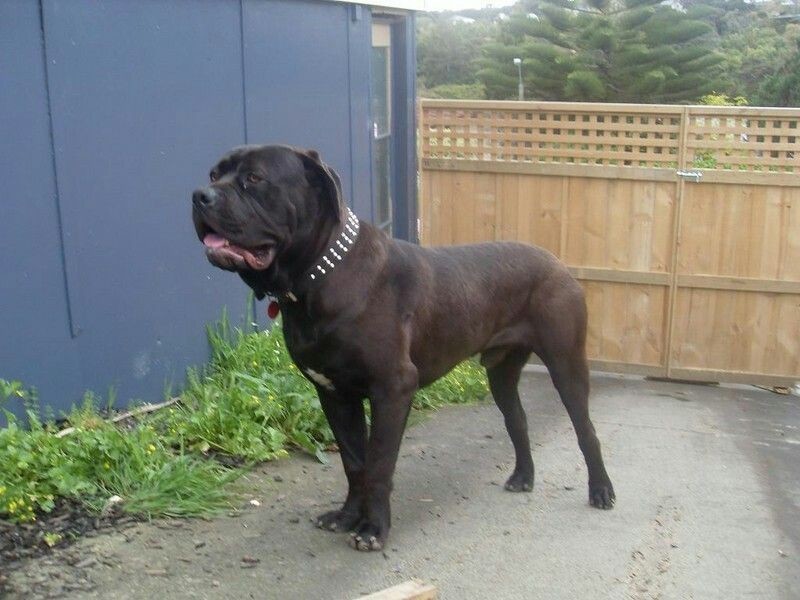 A relatively new American creation of which many have heard, yet only a few had actually seen in the flesh, the Adronicus Mastiff was developed by Cary Mejia, a pastor, counselor and producer of fitness gear from California. The Adronicus Mastiff is said to had been created from eight different mastiff types, but the actual breeds haven't been disclosed as they're seen by Mejia as a trade secret. However, it is suspected that a few varieties of the Bandogge, as well as the Cane Corso, Neapolitan Mastiff, Great Dane, American Bulldog, Presa Canario, American Staffordshire Terrier and the Bullmastiff were used in the programme, but these claims are yet to be confirmed.

Owing most of its notoriety to the appearance in the 2003 movie "The Hulk", the Adronicus Mastiff has gained popularity among Hollywood celebrities and some better-known athletes, mostly boxers and mixed martial arts competitors. Promoted as a "very expensive exotic rare breed", without spotlighting or proving much of its working qualities, this creation has yet to gain acceptance by the general public, but it has also received very little, if any support from the working dog community, most of whom regard it as more or less a "fly-by-night, quick-money scam" and an insult to proper bandogges. The only organization that officially recognizes the breed is the Olympia International Dog Registry, which was founded by none other than the creator of the Adronicus Mastiff himself. The animals themselves are quite handsome and seemingly functional, but since so many different breeds were used to create the Adronicus Mastiff, there isn't a great deal of uniformity in terms of appearance. This is explained by the creator as evidence of specific "lines" of the breed, which are supposedly bred to slightly different standards on purpose. Whatever the case may be, the Adronicus Mastiff seems to be a immensely expensive designer dog, with mostly "hype" and great marketing skills of its creator as its primary selling points.

Maybe the future holds great things for this breed and it miraculously becomes a proven working dog, but for now it is quite difficult to take the Adronicus Mastiff seriously. Although there is very little mention of the temperament, guarding abilities or even actual purpose of the breed by its promoters, the Adronicus Mastiff is supposed to be a superb personal and property protection dog, as well as an intelligent, devoted and obedient companion. Appearance-wise, most of these dogs differ only slightly from the Cane Corso or other bandogge types, having compact and muscular, wide-chested bodies, large and round heads with reasonably short, broad muzzles and well-developed cheek bones. The ears can be either cropped or left in their natural state, while the tails are usually unaltered.

The coat is short, smooth and flat, most commonly seen in black, blue, fawn or brindle shades, with or without white markings. Average height is around 28 inches, although taller dogs exist.