Night hunting is a favorite form of hunting sport the continent over. Prime factor of the joyous, though strenuous night quest is the 'coon, the court jester and wit of the nocturnal tribe of small fur bearers. 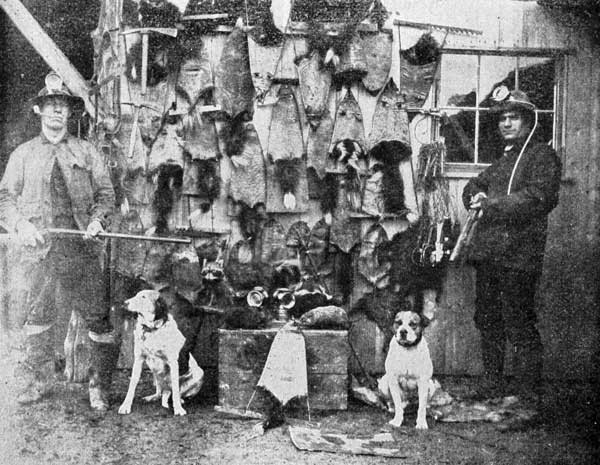 Fruits of the night hunt

Owing to the scarcity of other game and general distribution of raccoon the country over, 'coon hunting is gaining in popular favor, winning over many of the wealthy, city-dwelling red-bloods who formerly were content with more or less pleasant and successful sallies to the fields in the day-time.

Consequently there is an increased demand for properly bred and trained dogs to afford the maximum of success and pleasure in this pursuit. With the ownership of dogs go the care, maintenance and proper methods of handling these willing helpers. Surprising is the meagerness of the information available to the average hunter, though night hunting is an institution as old as the settlement of Jamestown.

The craft of developing dogs and using them to the best advantage in this connection, has been by precept and example handed down from generation to generation. Much has been lost in this way and not so much accomplished as might have been attained by aid of the printed and pictured methods of today. Most certainly more attention will hereafter be paid to night hunting, and more painstaking records made and kept for the up-growing practical sportsmen, in which direction the present volume is a long and definite step. 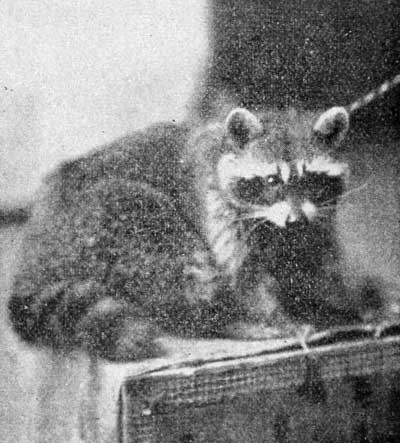 The Court Jester of the Nocturnal Tribe.

Our task is to offer guidance and advice as to the dogs. Yet to do this clearly, the reader must know something of the nature and habits of the animals to be hunted and the effort involved.

A southern gentleman of experience and training has the following to say about 'coon hunting:

The 'coon is a wily little animal, and his habits are very interesting to note. He is a veritable trickster, compared with which the proverbial cunning fox must take a back seat. One of the 'coon's most common tricks employed to fool the hound is known among hunters as "tapping the tree," and which he accomplishes in this way: When he hears the hound's first note baying on trail, he climbs up a large tree, runs to the furthest extremity of one of the largest branches and doubling himself up into a ball, leaps as far as possible out from the tree.

This he repeats several times on different trees, then makes a long run, only to go thru the same performances in another place. Onward comes the hound, till he reaches the first tree the 'coon went up, and if it is a young and inexperienced hound, he will give the "tree bark" until the hunters reach the tree, fell it, and find the game not there.

All this time Mr. 'Coon is quietly fishing and laughing in his sleeve, perhaps a mile away. But not so with the wise old coon hound. The old, experienced cooner, with seemingly human intelligence, no sooner reaches the tree Mr. 'Coon has "tapped" than he begins circling around the tree, never opening his mouth — circling wider and wider until he strikes the trail again. This he repeats every time the 'coon takes a tree, until finally, when he has to take a tree to keep from being caught on the ground, the hound circles as before and, finding no trail leading away, he goes back to the tree, and with a triumphant cry proclaims the fact that he is victorious. He is not the least bit doubtful.

He knows the coon went up the tree and he know he has never come down, so he reasons (?) that the coon is there, and with every breath he calls his master to come and bag his game. When the tree is felled, the fun begins. The 'coon is game to death. He dies fighting — and such a magnificent fight it is!

The uninformed might suppose there would not be much of a fight between a 50-pound 'coon hound and a 20-pound 'coon. Well, there is not, if the 'coon hound is experienced and knows his business. Of course, the 'coon will put up a masterly fight, and some time is required to put him out of business; but the old 'coon dog will finally kill any 'coon. But if the fight is between a young or inexperienced dog and a full grown 'coon the chances are that you will suffer the mortification of seeing your dog tuck his tail between his legs and make for home at a very rapid and unbecoming rate of speed.

To prove this, get a good 'coon hound and let him tree a 'coon; have along your Bull-dogs, Bull Terriers, Pointers, Setters, Collies, or any other breed you believe can kill a 'coon; tie your 'coon hound, cut the tree, and let your fighters on to the 'coon, one at a time or in a bunch, and see them clay him. You will see the old 'coon slap the faces off your dogs, and the shortest route home will be all too long for them.

Killing a 'coon appears to be an art with a dog, and, of course, much more easily acquired by a

natural born 'coon hound than by a dog of any other breed. A year-old hound of good breeding and from good 'coon hound parents, can kill a 'coon with less ado about it than half a dozen of any other breed. It is in swimming that the 'coon is most difficult to handle. I have known several hounds to be drowned by 'coons in deep water. The dog goes for the 'coon, and the 'coon gets on top of the dog's head. Down they both go, and, of course, the dog and 'coon both let go their hold on each other. Again, the dog grabs the 'coon, and under the water they both go. This is repeated, until the dog becomes exhausted, his lungs fill with water, and old Mr. 'Coon seems to understand the situation exactly and seats himself firmly on top of the dog's head, holding him under the water, till outside assistance is all that will save him from a watery grave.

As there is but little chance — practically none — to kill a 'coon while he is swimming, the wise

old 'cooner, on to his job, will seize the 'coon, strike a bee line to the bank, and kill him on terra firma.

I once saw a big old boar 'coon completely outdo and nearly drown a half dozen young hounds in Hatchie River, when an old crippled hound, with not a tooth in his head, arrived on the scene, plunged into the river and brought Mr. 'Coon to the bank, where the young hounds soon killed him. 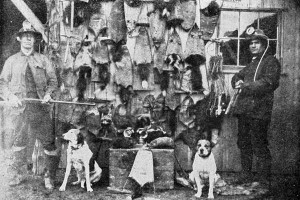 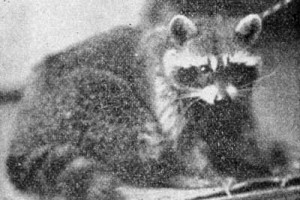 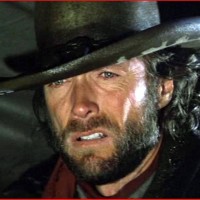 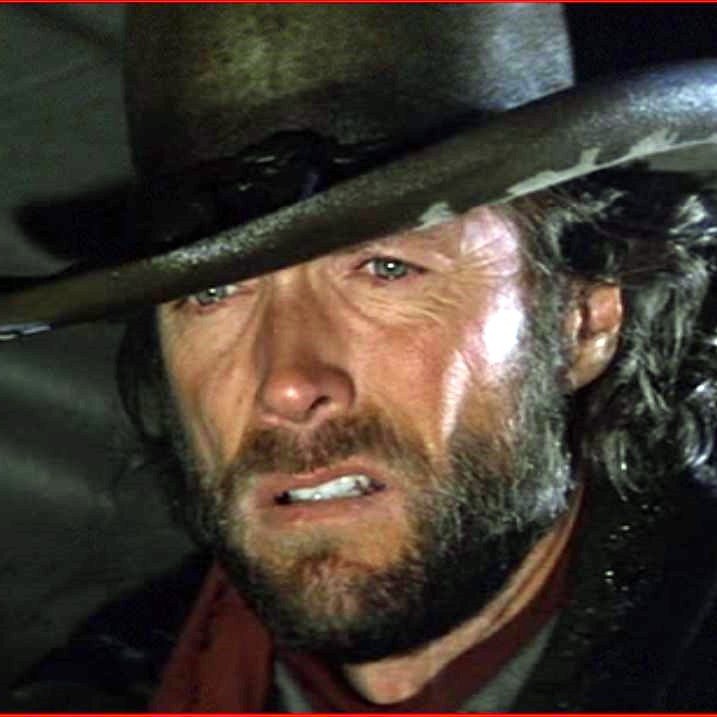